By espdev March 8, 2017 Uncategorized No Comments
2
Today in our Australian Architecture Series we looking into the California Bungalow style. Yes you read that right, we know that California is in the United States, but the housing style is incredibly popular in Australia, even today.  The rise of the California Bungalow style in Australia from 1913 coincided with the expansion of the glamour Hollywood film industry. During this period there was increased popularity of American cars, furniture, clothes and even houses, which eventually brought the housing style down under to Australia.
Typical Features
Purpose
Australia’s climate is incredibly similar to that of California’s, so the design climate elements suited well to warmer summers and mild winters. One of the key concept ideas of this housing style was its concept as a cheap to build, but still attractive housing style targeting the suburbs. The timber homes built in this style were marketed as a cheap solution to shortages in suburban housing. The style was also superbly suited to fit into the growing suburbs on the outskirts of the cities in Australia’s south, including Adelaide, Melbourne and Ballarat.
Significance Today
During the 1910s and 1920s, the construction of the California Bungalow surged in Australia, with people wanting to build a home with effort to incorporate local materials and promote informal, open living. These original homes are still ever present in Australia suburbs today, and their simple floor plan and low maintenance makes it easier for owners to renovate and expand.
Beautiful bungalow in Coburg, VIC (where many California Bungalows are in abundance). Takes note of the triangular roofing and small front verandah. 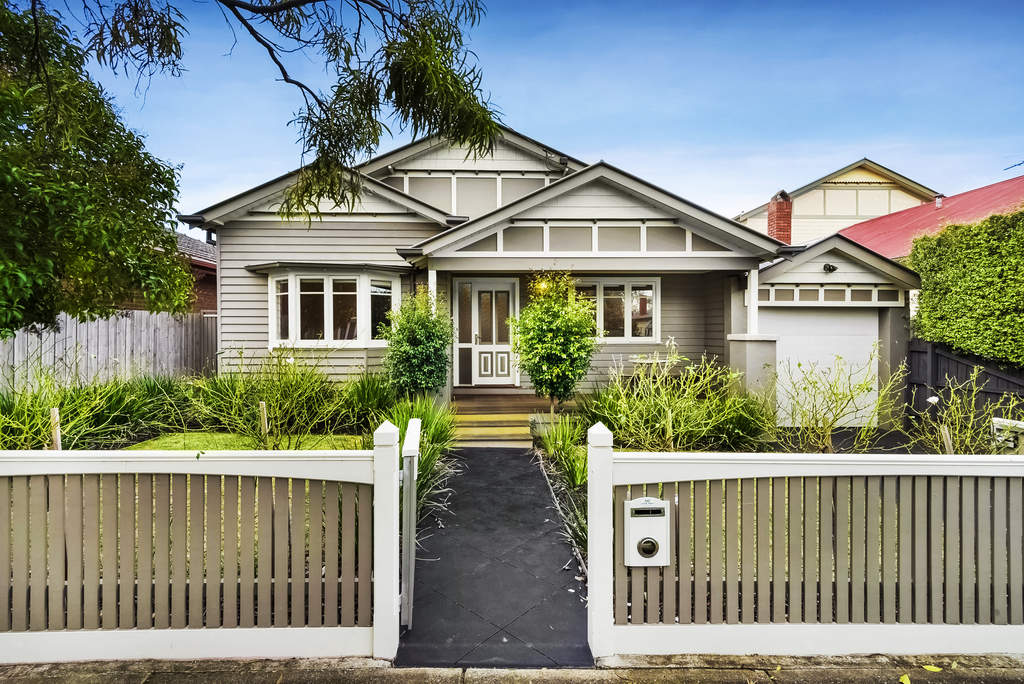 (Photo: Domain)
A great example of the brick California Bungalow style, with protected front verandah and exposed brick. There is also the renovated second storey and side car port to observe, nice new touches to a classic style. 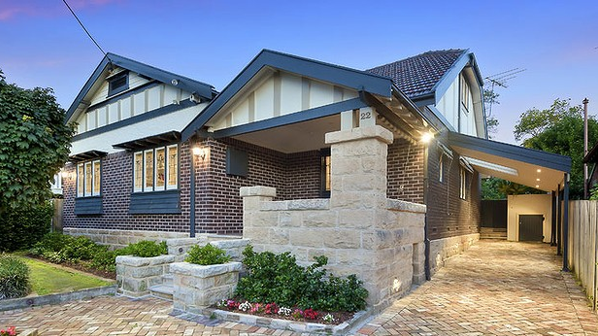