Homes that “take possession of the earth”

“PopovBass has produced some of the country’s most remarkable private houses and, increasingly, multi-residential developments. All of which, as Popov puts it, “take possession of the earth” in an unabashedly robust manner.

His is an architecture of mass, where material and form inscribe the buildings into their natural surroundings. A very Australian architecture, then, but one heavily influenced by Popov’s formative years spent in Denmark, where Jørn Utzon became not just his mentor but his father-in-law.

Popov’s very particular approach is apparent in the curvaceous allure of his recently completed Bellevue Hill house, a three-storey structure partly embedded in the earth.

The upper floors are composed of rigorous glass grids offset by honey-coloured timber and slender grey brickwork. The roofline follows a sweeping arc carried through to the mezzanine in the living area, lending the structure a gentle fluidity. But the wave is no mere ornament. It is a form that follows function, designed to accommodate the venerable jacaranda growing in the front garden, the annual flowering of which Popov calls “a significant end-of-year celebration”.

We are very excited to be kicking into full gear in this wonderful year of 2018. Jumping straight back into work (as we love to do) we have begun a major renovation project for some of our past clients wanting to expand more.

New year and a new project. We first met our clients in 2011 where we raised and renovated the existing house. They now want us to extend the house, add in an ensuite and remove the side extension that currently houses the kitchen and dining rooms. These are to be relocated into the new rear extension. There is also a new deck going on the back of the house as well. 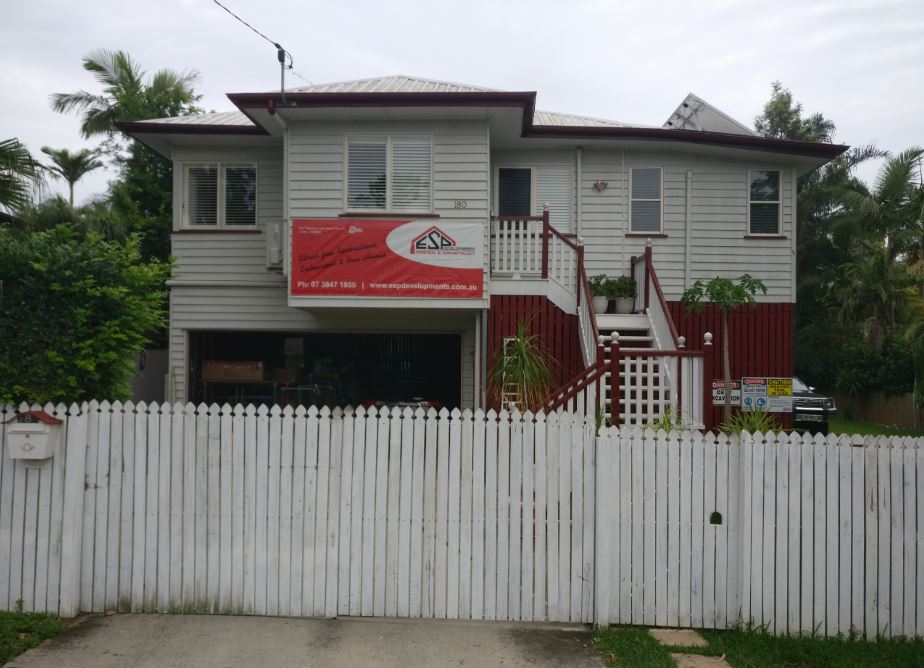