By espdev March 15, 2017 Uncategorized No Comments
0
Coming into week five of our Australian Architecture Series, we will be looking at the Art Deco style that began appearing in Australia after the First World War. Although the first appearances of this style began in the 1920s, during the 1940s – 1950s, there was exponential growth. Many of the influences of this style came from the Spanish Mission and Georgian Revival movements. These houses were typically built with simplicity and then embellished with Art Deco motifs.
Unique Features
Purpose
This style became popular during the alternative artistic movement in many areas of Europe, that saw everyday citizens begin to question everything they knew about design. The movements of Cubism, Futurism, and Modernism heavily influenced this architecture style, which gave designers more freedom in expressing creativity. The movement was also influenced by the discoveries that were occurring in Egypt and Greece of the same time, displaying once again the impact that current events have on building and architecture movements.
Significance Today
Today, inner-city suburbs of Sydney and Melbourne are great examples of this type of architecture, that was also constructed in apartment blocks to accommodate for inner-city high density living during the early 1900s. However, as the popularity of this design increased, thus style spread across Australia and the Art Deco style is still a heavily prevalent architecture style.
Below is a great example of the Art Deco style in Nedlands, WA. Take note of the curved exterior walls, brickwork and enclosed front entrance area . 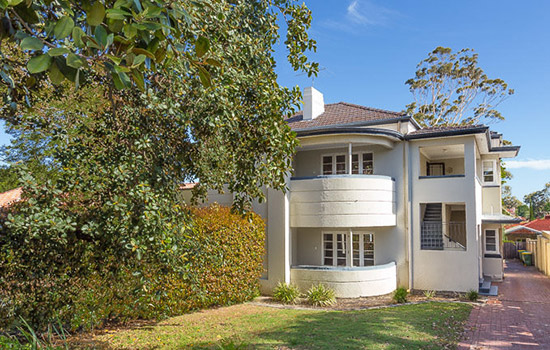 [Photo: realestate.com]
These curved windows and cylindrical design this home in inner-city Melbourne, showing the uniqueness of this style. 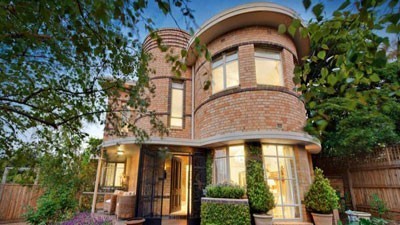