By espdev February 22, 2017 Uncategorized No Comments
0

This week in our Australian Architecture series, we are focusing on the Victorian Terrace style.

This architecture style was significantly influenced by Europe, as many Australians were striving for sophistication and elegance. The houses were often set back from the street and property line to allow for small front gardens. This architectural style was particularly easy to build on flat terrain, which suited the inner-city landscapes of Melbourne and Sydney.

In recent years, there has been a greater push to retain and protect traditional architecture, including the Victorian style. Gentrification of many inner-city areas, that began as early in the 1960s, saw a push to preserve this unique style. Sydney’s high population density, there is still a high population of Victorian houses, some up to 4 storeys, within the city centre. Many of the design features of this architecture style, including the decorative balustrades and parapets, are slowly making a comeback in modern design and architecture today.

Below is a photograph of one of the oldest surviving Victorian buildings – Glass Terrace in Fitzroy, Victoria. Note the hidden roof, high chimneys and symmetrical balance. Another piece of authentic, traditional Australian architecture and history!

One of Sydney’s most historic Victorian buildings – a pair of two-storey homes built in 1986. Typical features include the mirror-symmetry and filigree balconies on the front verandahs. 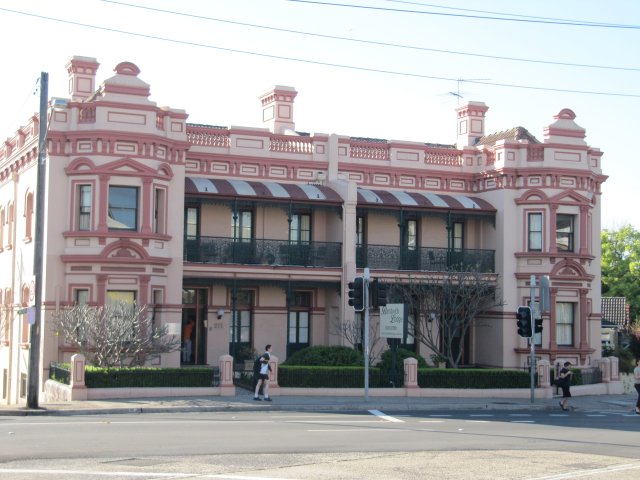 If you’re interested in finding out more, you can check out these websites: